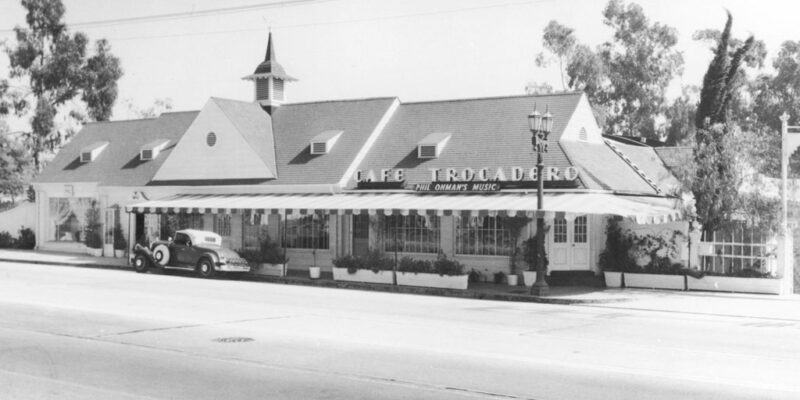 There were dozens of nightclubs operating at various times along the Sunset Strip in its “Hollywood era,” the period from the 1920s through the ’50s. Among them, however, three were so popular with celebrities that they achieved household-name status nationwide and became famous around the world: Cafe Trocadero, Ciro’s and Mocambo.

The first two clubs, Cafe Trocadero – “the Troc” – and Ciro’s were launched by Billy Wilkerson, a nightclub impresario and the founder and publisher of The Hollywood Reporter.… Read the rest