In the Beginning there was the Garden of Allah

The Garden of Allah Hotel and its founder, Alla Nazimova, a megastar in her day, set the tone and helped define the character of both the Sunset Strip and community around it - today's city of West Hollywood..

The hotel was home to Hollywood's bohemian elites, a place known for raucous all-night parties and long days nursing hangovers by the famous swimming pool. Nazimova, an independent-minded actor, director and producer known for her sexual fluidity, is West Hollywood's unofficial founding mother. 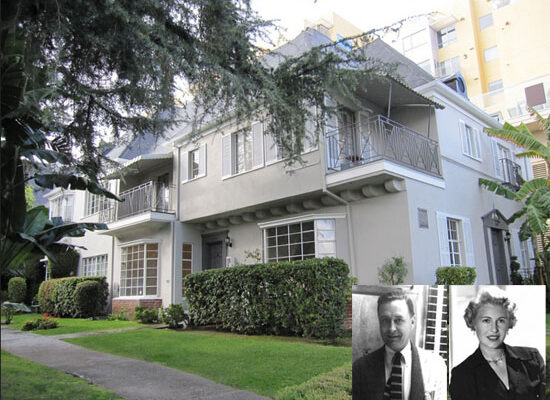 In his prime, Scott and his wife Zelda were part of the Lost Generation of literary set and spent time in Paris in the 1920s, along with with Ernest Hemingway, Gertrude Stein and Alice B. Toklas. He died in Hollywood, however, in Graham’s apartment, a fact which proved to be awkward because he was still married to Zelda.… Read the rest 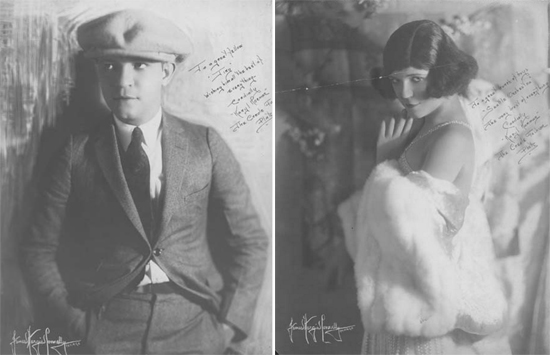 On Sept. 21, 1932, Karyl Norman (né: George Paduzzi), a cross-dressing performer who billed himself as “the Creole Fashion Plate”, opened at Club La Boheme, at 8614 Sunset Blvd., in the Sunset Plaza section of the Strip. Norman was one of the stars of what was then called “the Pansy Craze,” which referred mostly to cross-dressing–known as “drag” today — and also included singers who specialized in ribald lyrics and biting repartee — now called “camp”.

Norman’s signature act was an impersonation of Joan Crawford in the movie “Rain”–a performance given the seal of approval by Crawford herself, after having seen it accompanied by her friend, former MGM star Billy Haines, according to Billy Wilkerson’s Hollywood Reporter.… Read the rest 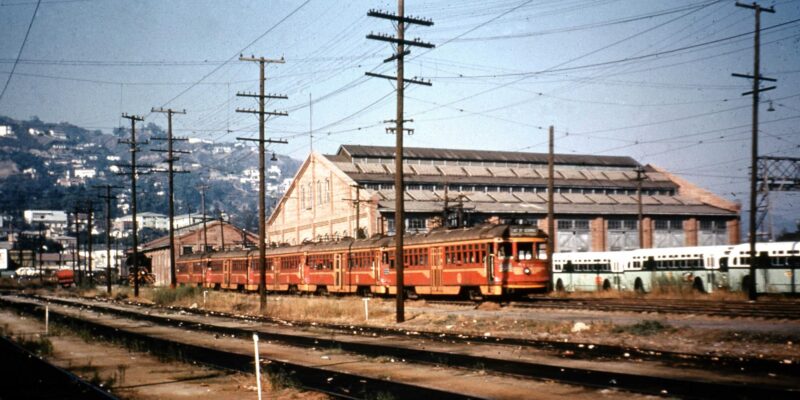 The transcontinental railroads reached Los Angeles in the 1880s, transforming it seemingly overnight from a dusty, brawling pueblo at the end of the trail to a bustling, prosperous town on its way to being one of America’s great metropolises. Neighborhoods grew up around the old pueblo, including the town of Hollywood, about six miles west of Los Angeles. A vast interurban railroad was also constructed across the region, including westward lines to Hollywood and the beach town of Santa Monica.

At the intersection of Santa Monica and San Vicente Boulevards, railroad entrepreneur Moses Sherman built a train yard that served as the service stop for the trolleys and as his corporate headquarters.… Read the rest 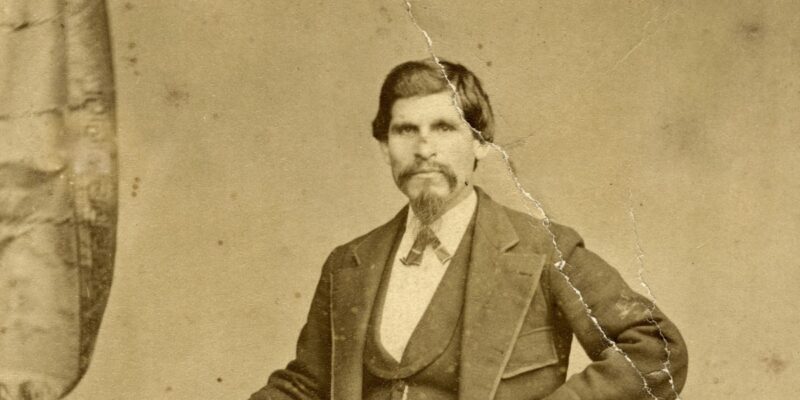 In May 1874, a sheriff’s posse descended on a remote, rough-hewn adobe cabin in Rancho La Brea, six miles west of Los Angeles, and captured the West’s most-wanted bandit, Tiburcio Vasquez, in a hail of bullets.

In his twenty-year career, Vasquez is said to have stolen the equivalent today of millions of dollars, much of it he spent in pursuit of his insatiable compulsion for seduction – in fact, it was a sordid sex scandal that led to his betrayal.

News of the famous gang leader’s arrest became the first national story reported out of the future Sunset Strip.… Read the rest 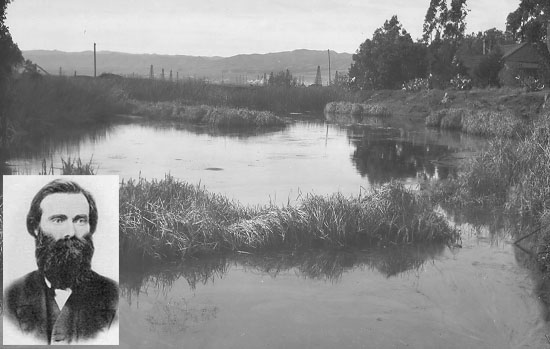 Henry Hancock, a New Hampshire-born, Harvard-trained lawyer and surveyor, arrived in Los Angeles in 1852, two years after California was admitted into the union. After working for the federal government to survey the area for several years, he went into private practice and acquired several large parcels of land, including, in 1860, Rancho La Brea, a 650-acre tract anchored along its southern boundary by the La Brea Tar Pits.

The rancho’s footprint today comprises the city of West Hollywood and the city of Los Angeles districts of Hollywood, Hancock Park, Museum Row and the La Brea Tar Pits.… Read the rest

The vote by local residents in 1984 to establish West Hollywood as a city was a years-long effort by an unlikely coalition of LGBT activists, seniors, and renters. Their intent was to form a city like no other with an emphasis on rights for gays, seniors and tenants.

It was an especially significant vote for gays and lesbians. Although the push for gay rights had begun decades earlier, those were still early days in push for equality, and homosexual acts were still illegal in most jurisdictions.… Read the rest 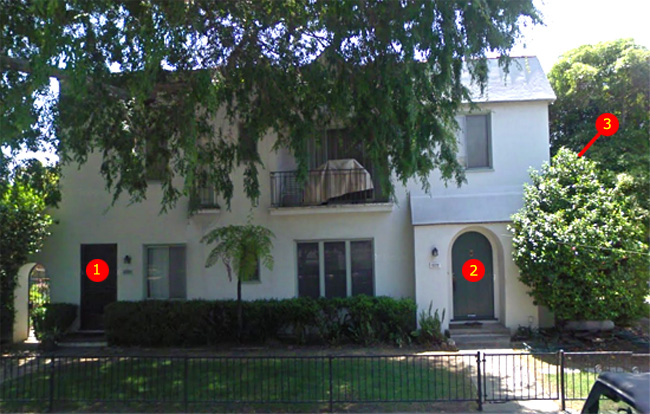 On a quiet night in November 1954, Florence Kotz awoke to the sound of someone taking an ax to her kitchen door. Kotz — a 39-year-old secretary who lived alone on a quiet, West Hollywood-adjacent street — heard glass shatter and wood splinter as the door gave way, but before she could get up, turn on a light or do anything except scream for help, her inner sanctum was breached.

“I was terrified,” Kotz said later. “The place was full of men.… Read the rest 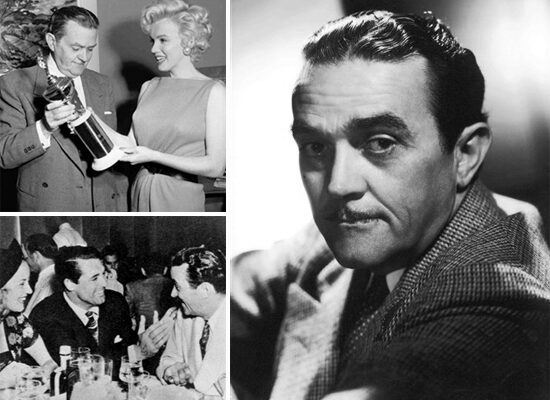 William R. Wilkerson wore many hats. He was publisher of the Hollywood Reporter, of course, which, along with Variety, has been the go-to trade paper for the movie industry for decades. He was also a nightclub and restaurant visionary who had a genius for articulating Hollywood glamor through the decor and ambiance of his nightspots. But perhaps most of all, Billy Wilkerson was a gambler. It was the gambling, more than anything, that drove him.

Billy Wilkerson arrived in Los Angeles from New York in 1930.… Read the rest