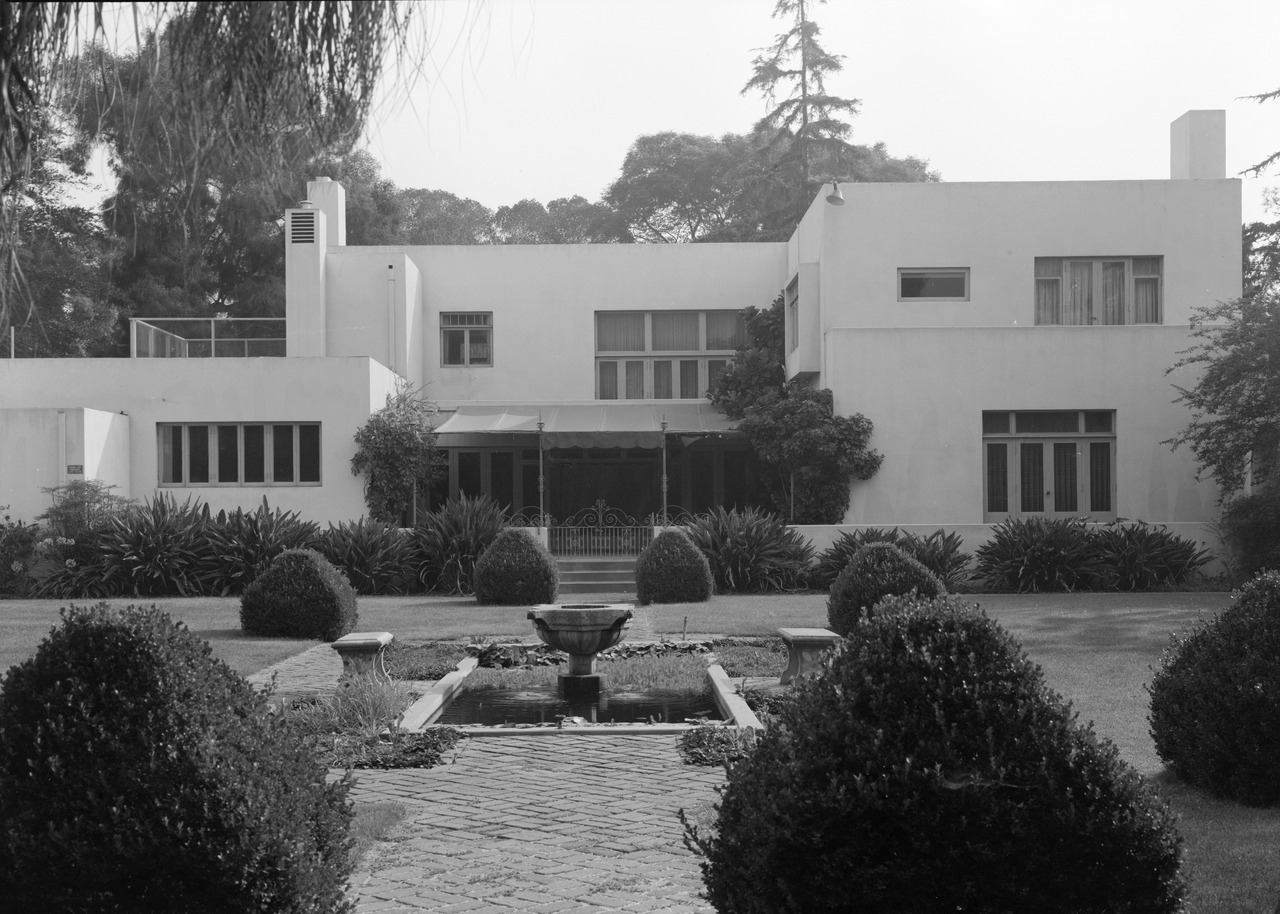 Designed in 1914 and constructed in 1916, the Walter L. Dodge House blended Modern and Spanish Mission styles and was considered one of West Hollywood’s first architecturally significant residences. Located at 950 North Kings Road, the estate occupied the full width of the block to Sweetzer Avenue. It was the retirement home of Walter Dodge, the millionaire inventor of a foot treatment called Tiz. He sold it in 1924 to T. Morrison McKenna who owned it until 1939 when the Los Angeles Board of Education unilaterally condemned it, forcing McKenna to sell it.

The board later changed its mind about building a school on the property. In 1963, the land was rezoned so that the house could be replaced with apartments. A notable attempt to save it was made then by Bart Lytton, CEO of Lytton Savings. Lytton is best known today as the financier who bought the famous Garden of Allah Hotel on Sunset at Crescent Heights Boulevard and razed it. He replaced the hotel in 1960 with the bank building with the sawtooth roof – most recently a branch of the Chase Bank – that is now slated for demolition. Before he could complete his plan to save the Dodge House, however, Lytton was beset with financial and legal issues and was forced out of business.

A preservation effort coalesced as the “Citizens’ Committee to Save the Dodge House.” Despite their efforts, the house was demolished and replaced in 1973 with a 194-unit complex, known today as the Courtyards of West Hollywood Condominiums.

During the effort to save the Dodge House, the preservations made this film, which was narrated by the house’s designer, architect Irving Gill.

From the Smithsonian’s Archives of American Art:

This film, produced by architectural historian Esther McCoy, documents the Walter Luther Dodge house in West Hollywood, Los Angeles, California, and the life of its architect, Irving John Gill. The film was made to advocate for its preservation during a 7-year battle to save it fropm the wrecking ball. The campaign failed, and the house was destroyed in 1970. This film, created to help save the house, now serves as the building’s best surviving visual record. For more information on Dodge House and Esther McCoy, see her papers at the Archives of American Art.

We are grateful to McCoy scholar Susan Morgan for helping us to identify this film and its significance.

Many thanks to the Women in Film Preservation Foundation for funding the preservation of this film.